Things to Do in Bali, Indonesia – The Endless List 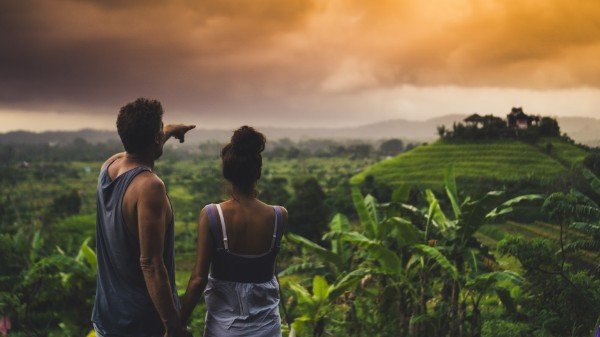 Have you realized that anywhere you travel in the world the list can be quite extensive when it comes to different excursions you can go on or other various activities to participate in? Fortunately, when it comes to things to do in Bali, Indonesia, Luxury Bali Tours has handpicked activities, excursions, and hike trails just for you!

With these handpicked expeditions, whether they are relaxing or energizing, we aim to exceed your expectations as a customer when it comes to enhancing your experience.

Why? Because Luxury Bali Tours is a high-class travel agency that genuinely seeks to understand our customers’ preferences and tastes. That is why our itineraries are personalized towards your inclinations and aspirations.

Subsequently, our itineraries are tailored to the type of individual. Our itineraries encompass activities for families, solo explorers, corporate retreats, or couples on their honeymoon.

Contact us today to let us know how you will be travelling – solo or accompanied?

Luckily, manta rays are present all year long in Bali so chances are if you go diving any time of the month, you will see manta rays.

Covered in vividly coloured coral, the deepest dive point at Manta Point is only 15 meters. Even if you choose not to dive to the deepest point, you are still able to witness these affable giants between 3-5 meters down.

In addition to ‘Devil Rays’, Gilimanuk Bay, also known as Secret Bay, is next on the diving list.

Multiple sea creatures such as imperial shrimps, eels, seahorses, and octopus can be seen, but it is important to take caution when it comes to mangrove snakes. They are small but can be very deadly.

Furthermore, Secret Bay is also known for muck diving. If you aren’t familiar with the term muck diving, it is simply diving in waters where the ocean floor is manmade with miscellaneous car parts, random pieces of fishing equipment, and dead coral. It isn’t necessarily diving into the mud, but it’s diving into slightly more into waters where treasures lie.

Aside from Manta Point, there are a few facts you should keep in your back pocket whenever you are visiting dive sites in Bali as there are more than 20 differing sites you can choose from. Thankfully, each one is tailored to your skill level- beginner, intermediate, and advanced.

1. Be Aware of Erratic Currents

Indonesian dive sites are renowned for their picturesque diving sites and monstrous waves.

The waters can be completely calm one day, but absolutely wild the next. If you are a diving enthusiast, ensure you adhere to dive warnings regarding currents.

Even if you are a diving expert, always dive with a certified professional or instructor as you are just an expert and they are the professionals. The end result is putting your life at risk. Dive with PADI (Professional Association of Diving Instructors), certified instructors.

As humans, it is common to jump into tasks that we lack skill in or aren’t mentally prepared for.

Let’s relate this to diving. As previously mentioned, you either classify yourself as a beginner, intermediate or advanced. Considering the vast amount of diving spots in Indonesia, it is extremely important to choose the correct one that matches your skill level. If you are unsure which dive spot to visit, diving centres will also advise on this.

A historic site that is a must-see for newbies is the USS Liberty Wreck Dive site.  Initially, the ship was hit by the Japanese causing the vessel to wash to shore. After the eruption of Mount Agung, the USS Liberty washed offshore and sunk between 9-30 meters of water.

3. Demons in the Underwater Word

Aside from the multicoloured fish, sea snakes, and schools of scorpionfish, there are also monsters hidden on the ocean floors in Bali.

Remember, not all underwater aquatic animals are friendly. So, if you are told by a diving professional to steer clear of a certain creature, do it. After all, they know what’s best.

It is extremely common for sea urchins, stonefish, or coral to be found along the shoreline. If you accidentally step on them, their spikes do leave a tingling sting on your feet. The good news is that only some are venomous.

Keep in mind that the spikes of these sea creatures are simply defense mechanisms. If you watch your step, you eliminate the risk of hurting a harmless sea animal.

In summary, cover your feet if you are hiking or snorkeling.

5. Diving Within 24 Hours of Landing

Believe me, I get it. You just arrived on a tropical island and want to start your vacation the moment you step on the tarmac. Start your vacation, but not with diving. Give it 24 hours as your body tends to be dehydrated after a long flight leaving you tired and weak.

Relax your first day and visit the Balinese waters once your energy is fully recharged.

It is crucial to wear proper attire when diving. The diving company you choose will supply the snorkelling gear and clothing- the cost will be included in your excursion pricing or it will be a separate cost.

If you choose a company that doesn’t provide snorkelling attire, do your research to make sure you purchase/rent the right fit for you. Imagine diving to the bottom of the ocean constantly adjusting your clothing! That is an aggravating factor that is simply eliminated by doing adequate research on diving apparel.

Aforementioned, Luxury Bali Tours takes care of the research and execution part, but it doesn’t hurt to have a few facts and figures about Bali’s geography, culture, history, economy, and geography in your back pocket when it comes to Indonesian tradition. This way, you are able to build conversations with Balinese natives by simply knowing a few facts about Bali culture.

Indonesia contains some of the craftiest, skilled individuals known to mankind. Notably, the most common skills amongst the locals are painting, arranging flowers, making music, dancing, and making pottery.

Religion, art, and rituals are interconnected amongst each other. This aesthetic is embodied in bamboo poles decorating doorways known as ‘penjor’. Additionally, coconut carvings are also showcased with penjor during religious festivals.

Prehistoric finds are not new in this culture-enriched country. In fact, Dr Jukka Miettinen, Theatre Academy Helsinki, wrote the following:

“Ancient megalithic ritual sites bear witness to the long history of this island, although they have been covered over by later terraced rice fields and villages. Archaeological finds include bronze artefacts from before the present era. A large bronze drum or kettle gong called “The Moon of Pejeng”, stored in a temple in the small village of Pejeng, indicates contacts with the Dong-son bronze culture, which spread from Southern China to South-East Asia in the first millennium B.C.”

Balinese locals in the market

Delving deeper into Bali’s cultural aspect, listed below are tidbits geared towards appropriate attire, accommodation, and livelihood to add onto your list of things to do in Bali, Indonesia.

What makes the music of Bali unique is their frequent use of percussion instruments such as the gamelan. For example, a type of singing used by the locals called Kecak supposedly imitates monkey sounds.

In addition to this, the two other types of music used in ritualistic ceremonies are Angklung and Bebonangan music.

In the 1980s, three Indonesian dance types were evolved- guardian ritual, bebali dance, and Balih-balihan dance. Mentioned above are dance types familiar to locals. If you are at a nightclub or theatre in Bali as a tourist, Kecak or Pendet are the types of dances that tourists are encouraged to practice.

Each Balinese province is typified by its own colour scheme and ornate symbols. The colours and ritualistic symbols are chosen according to the sex, age, and activity of the humans in that specific region. Similar to the caste system, social status is recognizable through the type of jewellery and clothes worn.

Typically, Balinese homes are alike in appearance due to the low-income class; however, if one seeks to customize their home with disposable income, certain rules must be followed in accordance with Asta Kosala Kosali which is similar to Chinese ‘Feng Shui’.

The most popular form of interior decorative tools used are ornaments in varying colours and sizes. These ornaments also depict a deeper, ritualistic meaning.

Bali is home to Hinduism, the most notable religion in Bali, which makes up 83.5% of the population.

Following Balinese Hinduism is Christianity, Islam, and Buddhism. These religions are considered a minority in Bali. Most residents are able to speak 2-3 languages which are usually Balinese, Indonesian, and English. Chinese is the other language in Indonesia that is a minority amongst the natives.

Denpasar, the capital of Bali, holds a population of 268,267,627 as of 2019. On the other hand, the province of Bali is divided into 8 districts with 55 cities and 701 villages. Obviously, Indonesia’s terrain is mostly mountainous making it home to the highest active volcano, Mount Agung, which stands at 3,149 meters.

Approximately 30 years ago, Bali’s main subsistence relied on agriculture. In this day and age, tourism has replaced agriculture as its main source of revenue for Bali. Because Bali is frequently visited by tourists, Bali has become one of the wealthiest provinces in Indonesia.

Create Your Personalized List of Things to Do in Bali, Indonesia

Now you are well-rounded when it comes to Balinese culture, traditions, livelihood, and religion. After thoroughly reading the list of things to do in Bali, Indonesia mentioned above, which ones ignite your interest?

Are you leaning towards swimming with manta rays at Manta Point, or are you more interested in hiking the highest, active volcano in Indonesia, Mount Agung? Or, perhaps you desire to do both. Either way, anything is possible with us.

Aside from booking a luxurious getaway with Luxury Bali Tours, we also offer itineraries for corporate retreats, honeymooners, or solo explorers. The contingencies are endless.

Are you ready to narrow down what activities you are going to do in Indonesia? Contact Luxury Bali Tours today to create your custom itinerary based on your interests.